The kids are all right.

On our first night here, we all went to bed at 6:30pm because we were so exhausted from our trip. Matt and I were peacefully passed out when, a couple of hours later, August woke up screaming. Knowing him as we do, we cringed… and let him cry. For 45 minutes. We hate letting him cry, but if we’d gone in to comfort him, we know from many past experiences that he was just going to stay awake until we left his room and resume screaming the second the door shut. Eventually, he fell asleep.

Now that we live in a sort of condominium complex, we have a shared wall with our neighbors, and in the middle of that sleep-deprived tantrum, I figured we were probably kissing any future friendships with the residents of Casa 15 goodbye. Happily, August has slept well every night since, and even more happily, I have heard other kids around here screaming at their parents, and it is so weirdly comforting to know that ours aren’t the only loud kids.

All things considered, Oscar and August have really transitioned nicely to life in a new country where they don’t speak the language (August has especially shined in that regard, having only smiles and blown-kisses to rely on in all of his relationships). I’m not that surprised. August is just 13 months old and is really only concerned about where his next pão do queijo is coming from, and as connected as he is back home to our family and friends, Oscar is steady when we are steady. 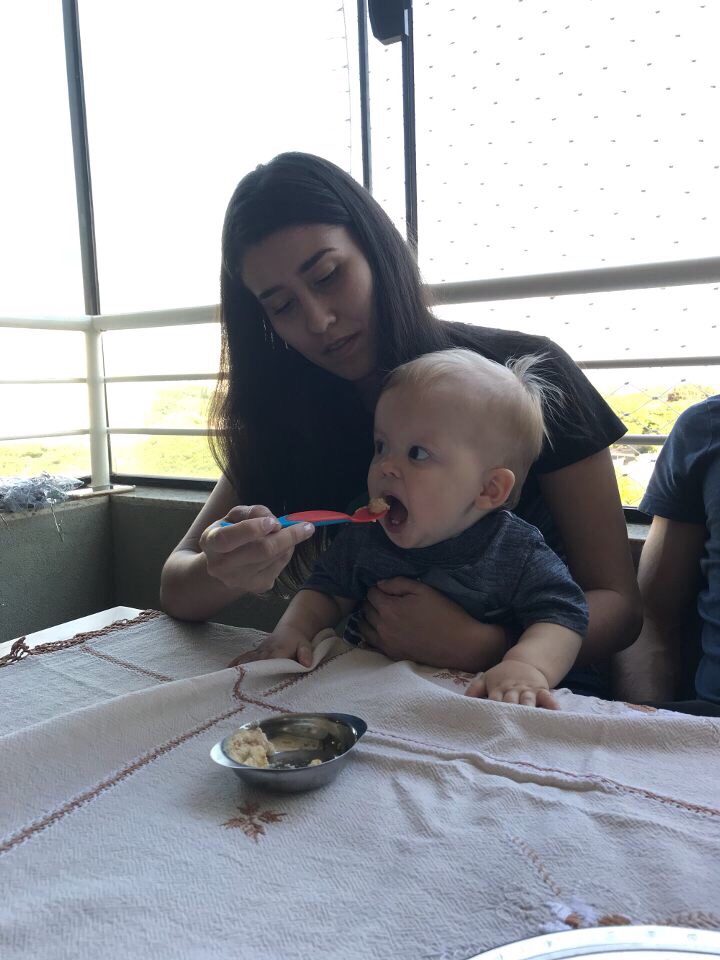 I remember having a few freak-outs when I first arrived in China. I didn’t speak the language, I didn’t know how to navigate the city well, I had never done travel like that before, and so on. I was a little paralyzed in those early days. My experience so far in Brazil has been very different, for good reasons. First, I actually did study a bit of Portuguese before stepping on the plane to get here. Second, I’m older, wiser, and a more confident traveler now. Finally, instead of being alone, I’m here with Matt- and the kids. That last reason is, I think, the most important difference.

We showed up to Casa 16 really tired and really unmotivated to unpack. But we had to. Because we needed to get the kids to bed, and they needed their teeth brushed, jammies on, and stuffed animal friends snuggled in. In the morning, we needed to be able to feed them breakfast and apply sunscreen, like we always do. We did not have the luxury of leisurely sliding into life in Dourados. Because of Oscar and August, we had to hit the ground running.

There are things which are decidedly unfamiliar and different here, like not being able to throw toilet paper into the toilets and having to plan laundry days around the week’s driest weather. But continuing to lead our family’s routines has been incredibly grounding. Life in Brazil doesn’t feel nearly as foreign as it might if we weren’t tethered to the needs and schedules of our tiny tots.

Having kids is also such an easy way to connect with other people. Sure, we won’t be mainstays of the nightlife in Dourados, but one of the first little Portuguese conversations I put together for myself is all about asking people how old their kids are and telling them how old my kids are. I’ve gotten a lot of mileage out of these sentences, and I’ve since expanded them to include questions about school. Having kids is also a great way to get people to give you nice pity smiles when one of them is melting down in public and you are torn between screaming profanities to the sky and just straight up child abandonment.

I found myself facing that very choice when, on my third day of Full Time Parenting, I took the kids to our neighborhood bakery and picked out the WRONG PIECE of chocolate cake because it DIDN’T have the brigadeiros on top, obviously giving Oscar no choice but to collapse onto the floor of the padaria and yell, “I’m not eating their cake!” In the U.S., I would have canceled our order and gotten the hell out of there, but of course, I didn’t have the vocabulary to say, “This little monster deserves no cake! I apologize for interrupting your busy days with this nonsense, and I will return alone to enjoy the delicious cake my ridiculous son is refusing.” I could only freeze my face into a mask of calm confidence and try to pry Oscar from the floor. Oh, also, I had August in the baby carrier, so I had to awkwardly bend down with that little 20-pound brigadeiro strapped to my chest during said-prying, all while apologizing frantically in Portuguese and breaking out into hardcore stress sweats.

But minus the Portuguese part, this wasn’t a foreign experience. It was an embarrassing mess of terrible toddler behavior and questionable parenting, and one which most people with kids this age have lived through. (It was also made more comical by the fact that it was all going to end in a PIECE OF EXCELLENT CHOCOLATE CAKE for the terrorist himself.) Once I’d downed my espresso and shoveled cake into my kids’ mouths, we booked it home, where I put them both down for a nap and podcasted my shame away. But here is the best part! (The actual best part.) A week later, I summoned my courage to return to the scene of the crime, and instead of cringing in fear when she saw us, one of the bakery employees greeted us with a smile and offered to take our picture! I recognize that I walk around here with a lot of privilege, but I’m starting to hypothesize that nothing beats the social capital of having small kids. 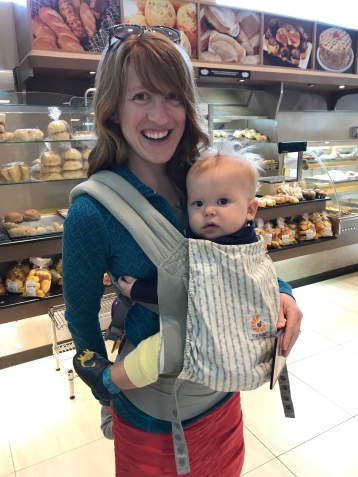 I have many more thoughts brewing about this whole Full Time Parenting gig, but I feel like I need to be at it a little longer than three weeks to fully articulate the experience. In the meantime and until my Portuguese gets a little better, I’m just really leaning into giving fewer shits about being an outnumbered mom and embracing the universality of toddlers and the parenting thereof, hoping that someday I order the right piece of GD cake.