It’s March 8th.  Happy Women’s Day!  Women all over China celebrate this holiday by taking the afternoon off and having some time to themselves.  This isn’t technically a present for Women’s Day- it’s a drawing that one of my students (Lilyth) made for me, of me, last week- but what woman hasn’t wondered what she’d look like as an anime character? 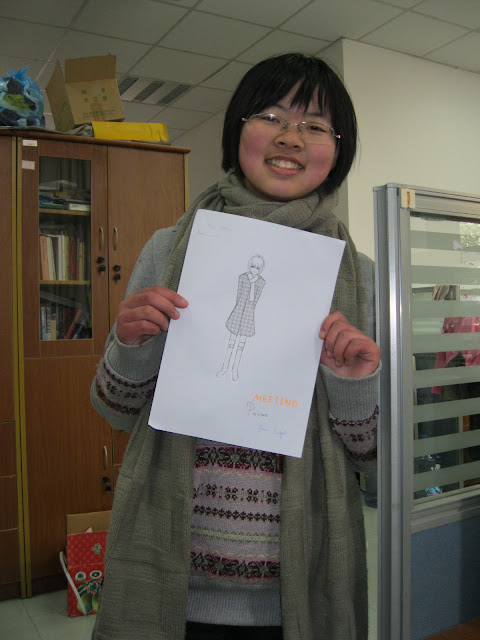 Mystery solved.  Isn’t she sweet?  I have this hung up by my desk.

The male teachers at school today took over the female teachers’ classes, and the women went to a teahouse to relax (since I’m done by 9:30am, every Tuesday is Women’s Day for me).  I met Trisha down by the lake and we had lunch at a restaurant called the Spicy Frog (you can buy frog by the pound on the first page of their menu).  Lunch AND a beer.  On a Tuesday!  Then we wandered for a while, eventually ending up at the home-turned-museum of a very famous Peking Opera star, Gai Jiaotian.  And when I say “home,” I mean “sprawling gardens of bonsai and osmanthus and ponds and open-air dining halls.”  And when I say “sprawling,” I mean that we actually got sort of lost.  Feng shui up the wazoo.  Amazing.  A few pictures for your enjoyment. 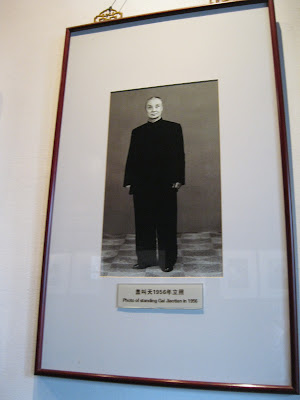 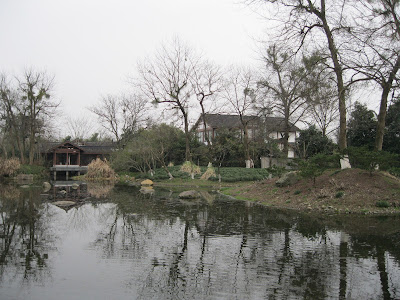 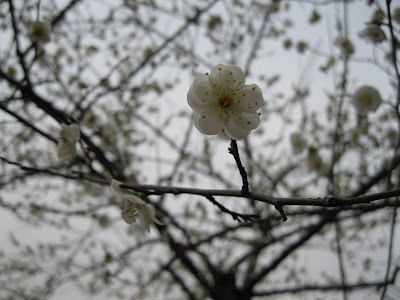 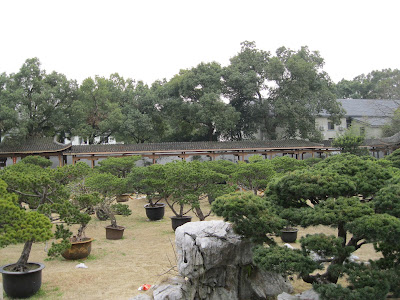 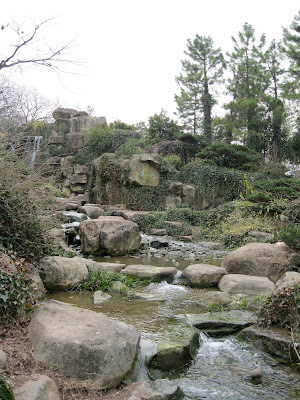 I spent the rest of my afternoon putting together a quick edit of some raw video that T$ and I took on Friday.  Originally, we intended to make a video for the morning announcements show at MHS, but then a few students from HFLS volunteered on Monday to make a video from their perspective, which is a much better idea.  Anyway, I hate to waste the original footage when I think we captured something really special.  Take a look.
//www.youtube.com/get_player

We agreed that our favorite part is when Trisha talks about “some trees” and the ponds “which include fish.”  I was giggling pretty hard holding the camera.

The other notable part of my holiday is when I asserted my Independent Woman status by renting (for the first time) one of the city bikes to ride home from the lake.  Technically I don’t have a helmet yet, but I had only 3 miles to go, and no one here wears one, so…I just went for it.  Don’t worry- I’ll be purchasing a helmet on Thursday, because it turns out that 3 miles of biking in Hangzhou rush-hour traffic is just enough to scare the crap out of you.  I’m working on a strategy where I follow a biking parent with a child strapped into the back seat, and I figure that’s pretty smart, but I still need a helmet.  For safety mostly, but also because I need to give people one more reason to stare at me.

Once I get one, my next big adventure will be to bike home from school.  I figure once I add biking to my walking/running routine, I can up my daily milk tea intake to 2.