I sometimes hate the 24-hour news cycle at home, so I sometimes love being out of the loop here.  Being solely responsible for my news acquisition means that I can pick and choose what I care about.  Lately, that’s been a rock-solid combination of Governor Walker’s tyranny in Wisconsin and Charlie Sheen’s joaquinphoenixitis.  Thus, I was a little late to the news of the Japanese earthquake and subsequent tsunami but couldn’t believe what I was seeing on CNN.com.  It felt surreal to be watching destruction in Japan- my new neighbor- sitting in my room in China, on an American website.  In a conversation I’d have later on Saturday, my new friend Richard vehemently expressed how important it is for American and Chinese cultures to learn to understand each other better, and I was reminded that the world really is flat.  My heart goes out to Japan.

And- as you all know- the world goes on.  Sabrina, Trisha, and I had plans to hike the hills surrounding West Lake on Saturday morning before meeting with another teacher, Delia, for coffee (I’ll get to that later).  Having spent some time in the Porcupine Mountains of Upper Michigan, I had a notion of what to expect and dressed accordingly.  Surprisingly- delightfully– I wasn’t too far off.  Hiking on Baochu Hill was in many ways what hiking in the Porkies is: a bit of work, a lot of green, intermittent spells of pure peace.  And of course, in some ways, it was very different.
First, the paths.  Instead of dirt or maybe loose gravel, these trails were paved with cobblestone and brick.  And at times, they felt nearly vertical.  Thankfully, there were steps.  Thousands of steps. 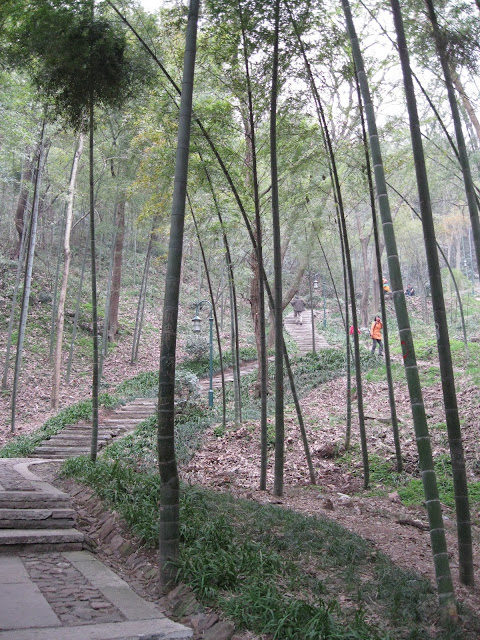 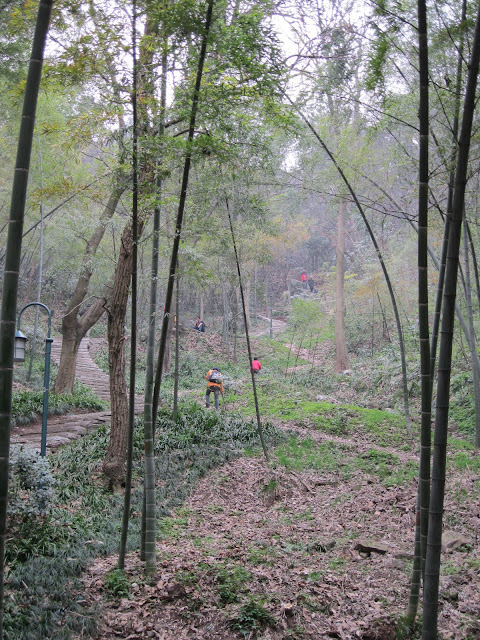 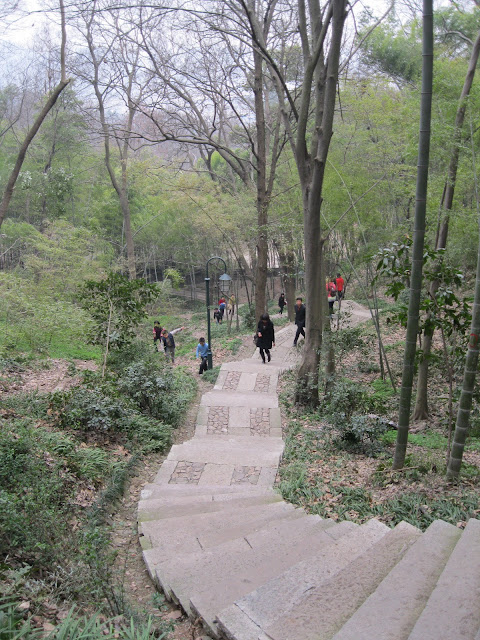 Second, the view.  I don’t think I’ve ever hiked above a major city before.  The entrance to the trail is nestled in the financial/businessy district in Hangzhou; some people were literally hiking in suits and heels, as though they’d ducked out for a coffee break on top of a small mountain.  So even with the fog, to see high-rises and cars and so much…human life down below was pretty wild. 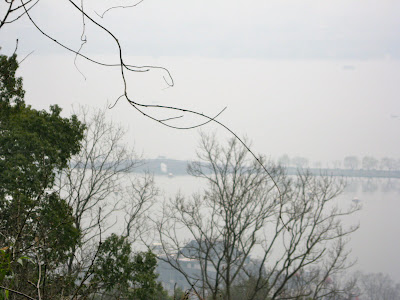 Lingering Snow on Broken Bridge!  From above. 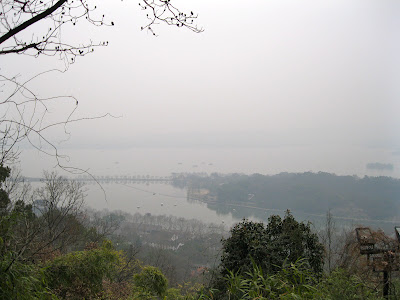 Of course, at times the view reminded me so much of home that I felt a little tug on my heart. 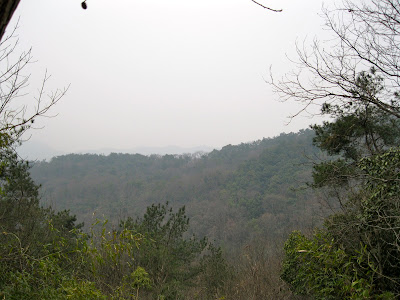 And sometimes “home” was right in front of me. 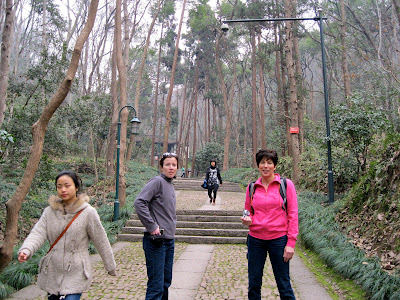 Another important difference: the wilderness I know at home buzzes with crickets and mosquitoes, cracking twigs and brushing leaves.  Here, the sounds of Chinese opera ring through the quiet.  We came across a few small trios of musicians, performing for free in structures like these. 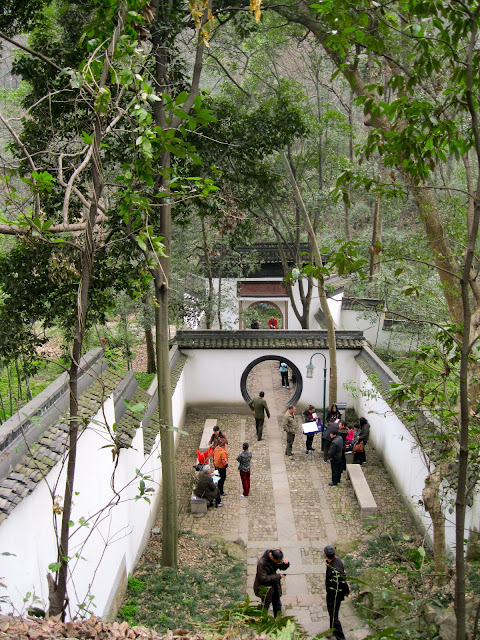 And while I would never argue with you that places like the Porkies have an almost tangible spirituality, the hills around Hangzhou have actual caves of worship.  Like Ziyun. 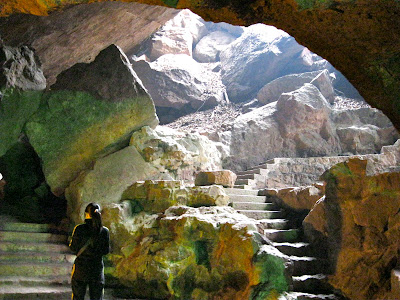 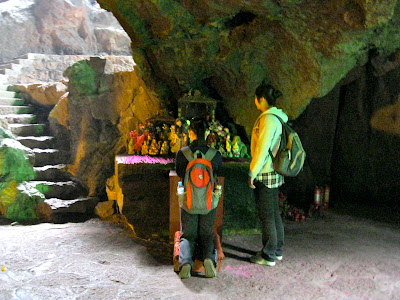 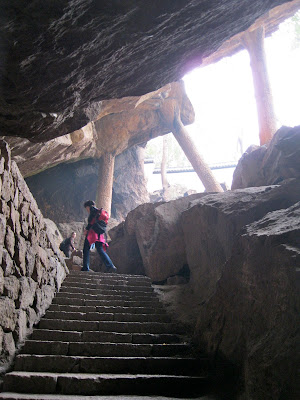 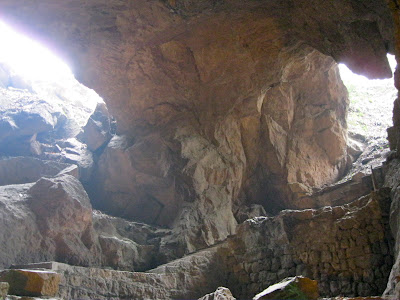 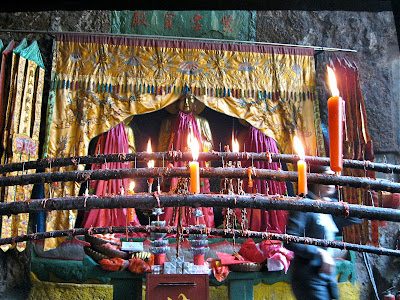 Though the day was humid and warm and springy, the chilled air of the caves inspired a seriousness in its visitors that quieted us all until we were out.
We spent a few hours on Baochu Hill, and we still have more to see.  I plan to go back on a clear day to see the Baochu Pagoda and Yu Fei Temple and to take pictures of the lake from up high.
But we had plans to meet Delia and her friend Richard.  We knew nothing about Richard except that he works for the Hangzhou City Library, the biggest library in Zhejiang Province.  Delia is an English teacher at HFLS and on Tuesdays, I teach her Junior 2s.  When I first met her, she asked if I would participate in an event at the library (that Richard was hosting) by recommending some of my favorite books.  Um, presenting a book talk in China?!  Hello, yes please!  Talk about my dream job.  She then invited Trisha and Sabrina to take part in the event, and it was with this in mind that we set out to meet Richard.
Richard turned out to be Richard, Effy, JJ, and 3 more friends who remained nameless throughout the afternoon- I think because they don’t speak English- but who wanted to meet us anyway.  Within probably 20 minutes of sitting down with our coffee, a “book talk” had suddenly transformed into a 3-hour broadcast radio event in which the 3 of us are to be the main attraction.  Sabrina and Trisha will speak about American culture and Chinese cultural differences respectively, and I will…host a Chinese dating game.  Wait, what?  And then… “Oh, also there will be a talent show.  So you can all sing, dance, or something?”
I really wish I could explain how the plans changed so quickly, but the whole afternoon was this happy flurry of new friends and heady discussions: why are Americans the way they are and why are Chinese people the way they are and how do Americans choose life partners and should we get some food and let’s exchange phone numbers and do you QQ? (QQ being the AIM of China.)
Richard’s vision for this event is for Americans and Chinese to exchange information about culture and lifestyle, so that we can better understand each other.  Effy mentioned that, while this isn’t her personal opinion, the media often portrays Americans as war-mongers.  I thought back to the story I’d read just a few days earlier online about the anniversary of the events surrounding the Dalai Lama’s exile from Tibet, and the picture the news organization used to represent China: a single red flag flying in a stormy, dark sky.  I would never deny history, but sharing coffee and ideas and a spicy lunch with Richard, Effy, JJ, & Co felt nothing like that China.  I hope I was nothing like that America for them.  Regardless of how Americans feel about war, I don’t think any of us like it.
Needless to say, with such a pure motivation, we couldn’t refuse Richard.  And so, on April 10th, the 3 of us will host up to 1,000 Chinese audience members in conversation about American and Chinese cultures and what women in America look for in a partner (yes, that will be my contribution: An American “Bachelorette” in China).  We’ll sing, Trisha will play guitar, I’ll read a poem I wrote about Hangzhou, and if we’re lucky, these women will teach us how to dance. 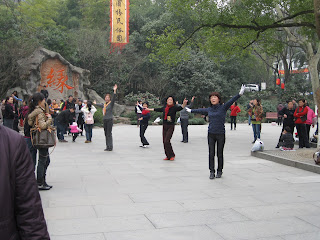 Either that or we’ll learn Napoleon Dynamite’s moves and win the crowd over with our charisma.
We’re meeting with Richard to finalize details later this week (I think), and no matter how this turns out, I feel confident that Sharing will happen.  And I don’t just mean video file sharing, although apparently this whole thing will be taped.  And apparently we’ll receive copies.  Get excited for that post. 🙂 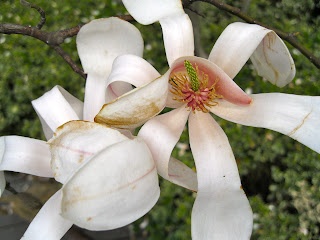