The first time I visited the small airport in Campo Grande, our state’s capital city, I was all set to cry because I was meeting my sister and brother-in-law there, and I was beyond excited to see them in Brazil. I didn’t though, because they’d been traveling for over 24 hours and just wanted to get the eff into my car and away from the airport. But the second time I visited CGR, I bawled my eyes out because not only were Becca and Andrew leaving, so were Matt and Oscar.
I wasn’t expecting the double-whammy, simultaneous goodbye because here’s how things were supposed to go: on the morning of Friday, March 29th, Matt and Oscar would fly out of Dourados for a weeklong trip back to the States (more on this in a minute), and I would drive Becca, Andrew, August, and Marina (our babysitter) to Campo Grande, where Becca and Andrew would catch a plane to Minnesota, and Marina would spend the weekend with her dad and sister, who live there. The fact that so many people in my family were flying on the same day was a coincidence: it was the end of Becca and Andrew’s trip to see us, and it was the beginning of a week of stateside work meetings for Matt. 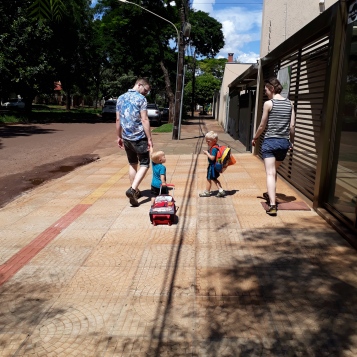 We’d long since decided that Oscar would go back with Matt, and August and I would stay in Brazil. As I’ve written about before, being in Brazil is hardest on Oscar because of the language barrier, which I’m proud to say he’s doggedly overcoming, but it’s work and it’s tough. We wanted him to have a respite, a time to check in with family and friends. It was also a way to relieve me from solo parenting two kids for a week because we never even considered bringing August back. That kid is a cherubic little gem of a person who turns into a tiny but forceful monster on planes. 60 total hours of nightmarish travel for one week? Absolutely not worth it.

Can’t believe the shade I’m throwing at him.
So plans were in place to bring everyone to their respective airports on Friday morning, and I could stagger my goodbyes. But on Thursday afternoon, we discovered that Matt and Oscar’s flight out of Dourados had been canceled. There are literally only two flights out of DOU each day, and they couldn’t wait for the evening flight. It was a fairly simple matter to rebook Matt and Oscar on Becca and Andrew’s flight out of CGR, but what was not straightforward was how to get them to Campo Grande. Our car was already packed, so we needed to find a second car and preferably a driver, since Matt and Oscar would not be returning via CGR. Matt is a master of travel itinerary recalculation, and he tapped into his networks at work to find a driver. Amazingly, by 6pm that evening, he’d secured someone to bring half of our party to Campo Grande the next morning. (Sidenote: the driver told Matt he could make the trip in 2.5 hours, even though it is easily a 3+ hour drive. We decided both kids would ride with me.)
It wasn’t until we pulled into the disembarking lane at CGR that I started crying. It was incredibly special for me to have my sister and brother-in-law visit us in Brazil, and I suddenly wasn’t sure that I could last an entire week without half of my family. All the feelings. Fortunately, the goodbyes had to be quick because our parking spots were temporary, and when August started screaming “Da-da! Da-da!” as he realized Matt wasn’t getting into our car, my attention was effectively diverted.
Even though August was still crying, things seemed quiet in the car with just the two of us and Marina. She helped direct me through the heavy downtown traffic (Campo Grande has close to a million people and is much more developed than Dourados), and when I dropped her off at the mall to meet her dad, things really fell silent. I didn’t go home, though. I had already decided to spend the weekend in Campo with August. I’d never spent any time in the city, and since we have limited opportunities to travel around Brazil with Matt’s work schedule, I’m leaning into any and all adventures that arise.

I’d chosen to stay at a hotel close to the city’s major attraction, Parque das Nações Indígenas. It’s a spacious, beautifully-tended park with multiple museums, playgrounds, water features, and lots of wildlife. The paths are wide, smooth, and hilly (a #blessing coming from Dourados), and August and I spent a lot of time wandering around without coming close to seeing it all.

I’d also chosen the hotel because it had an on-site restaurant and a pool, both of which would be important for traveling with August. He goes to bed early, and he can be pretty squirrelly at restaurants when he needs to remain seated. (See: terrible on planes.) Actually, the hotel restaurant ended up offering us some of our favorite interactions with other travelers. August is, in my humble and unbiased opinion, extremely adorable and charming, and as a clearly-foreign woman traveling alone with her son, I think we were a bit of a curiosity and also very approachable. August has learned how to say a ton of new words, many of which are Portuguese, and the combination of his little starfish hand waving hello and his little angelic voice saying “Oi!” is basically irresistible for people walking by. Some of the people we met spoke English, like the woman who teaches at a bilingual school. One man showed me several pictures of his hometown in one of the southern states to encourage us to go there next. Another biked past us, immediately turned around, and asked- without hearing me speak- which country we were from. I blame August. I overheard a woman at dinner calling him “super branquinho,” which means something like “super white little kid!” 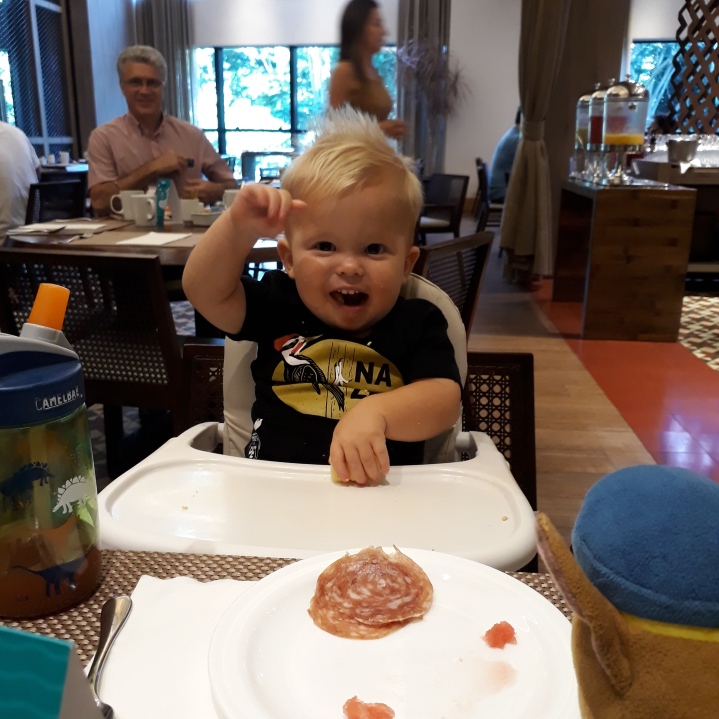 Charming other guests at breakfast 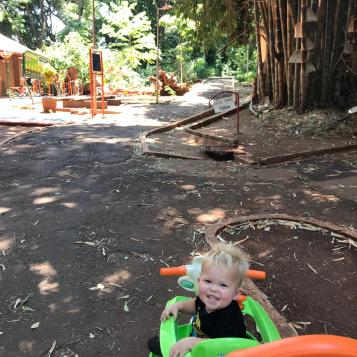 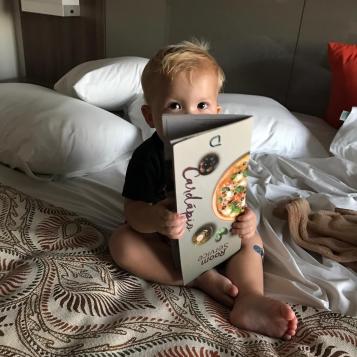 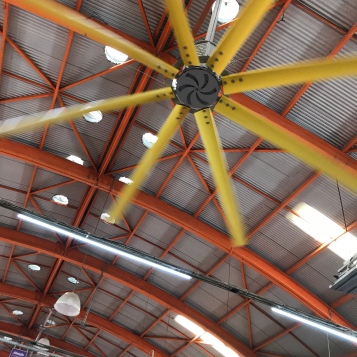 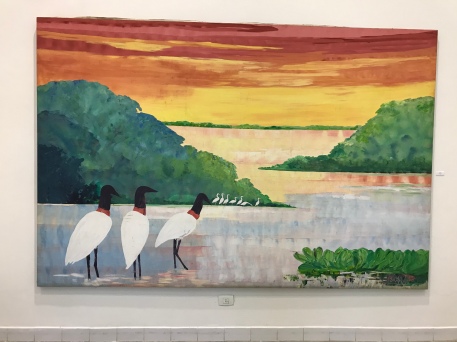 Not impressed.
We checked out on Sunday morning, met up with Marina, and had a quiet drive back to Dourados- August slept nearly the entire way. 30 minutes from Dourados, he woke up briefly, and Marina handed him some Cheerios. Then he fell back asleep, clutching the Cheerios in his little chubby fist! Having fun with your mamãe all weekend is hard work.
And now, we’re just waiting for our family to be together again. Oscar is having a wonderful time in Minnesota, and I am equal parts delighted and full of longing to squeeze him tight and smell his little Oscar smells. But it is also so special to have time with just August, who amazes me on a near-daily basis with the new skills and language he is acquiring. He runs to places in our house that Oscar likes to be and toys that Oscar likes to play with, points and says “Oskie!”, and with a mischievous smile, claims the territory as his own. At least for now. 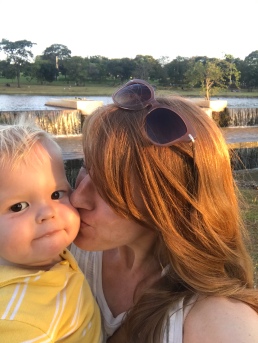