The (Not So Good) Luck of the Irish-Swede 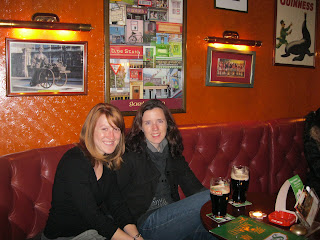 The Irish-Swede meaning me.  First of all, a belated Happy St. Patrick’s Day to you!  I would have loved to write sooner, but because of some recent protests for democracy – which were organized mainly online-in Beijing and other cities, China is cracking down hard on its otherwise semi-permeable internet firewall.  It used to be that people here could get access to sites like Facebook,, YouTube, and anything on Blogspot (including my very own chinese ginger) by purchasing an inexpensive VPN.  According to a variety of online sources that I can still use, those days are over, at least for now.  I haven’t had access to my blog for several days now and worse still, my primary email account is under attack.  There are lots of Gmail users in China (you don’t need a VPN to use Gmail), and this has become a hugely widespread problem.  Like many others here, I have had only intermittent access to my account for over a week, and I haven’t been able to use Gmail’s video or text chat.  Because Skype is also illegal in China, I’ve been woefully cut off from my normal and comforting means of communicating with folks back home.  Argh.  If it’s not implicit in my tone, these restrictions have me feeling very, very frustrated.

I’m not entirely sure what my plan is yet.  I’ve created another email account using Yahoo and my amazing, free-speech loving domestic partner, Matthew, is posting this entry for me, but if the Anti-Gmail-and-VPNs campaign turns out to be a long-term situation, I don’t yet have a solution.  It is possible that I will move my blog to Posterous, a site that allows me to upload posts from my Yahoo account (of course, Posterous is also blocked here, so Matt will have to sign me up for the service).  If that ends up being the case, I’ll ask Matt to post the new URL, and I’m hopeful that you will all follow me there.
Regardless of this ultimately minor and hopefully temporary setback, I still have a lot of affection and respect for my adopted motherland.  Who am I to say how best to govern a population of 1.5 billion?  I am also aware that people all over the world deal every day- every minute- with challenges far greater and much more serious than not being able to write in their blogs.  I think it’s just that while I could understand these restrictions intellectually, it’s an entirely new experience for me to work through them on a personal level.  So thanks for bearing with my frustration.
Though I could not watch a YouTube video of St. Paul’s St. Paddy’s Day parade, Trisha and I were able to celebrate with a Guinness and with other Irish enthusiasts.  It was actually a pretty great night.  Take a look.
//www.youtube.com/get_player
Thursday night led into a pretty low-key weekend (well…low-key after a late, late night out with the Cambridge folks on Friday, but that’s a story for another time) during which my most important accomplishment has been the discovery of two new kinds of amazing street food.  I’m putting together a post that will include lots of video of my favorite vendors, like my 2 friends who work at the milk tea stand I frequent, and I’m crossing my fingers that by the time it’s ready, I’ll be able to post it myself.  Stay tuned!